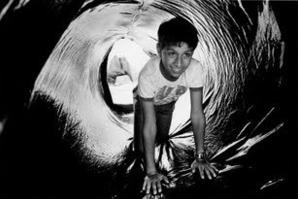 Corey Calaycay is serving his fifth term as a member of the Claremont City Council (December 2020 - December 2024).  He has previously served three one-year terms as Mayor.
Shortly after his birth in Chicago, Corey's family moved to Claremont where he has resided for the past forty-six years.  He is a parishioner of Our Lady of the Assumption Catholic Church.  He attended the United Church of Christ Pre-School, Foothill Country Day School, and Webb School of California.  He went on to Loyola Marymount University in Los Angeles, receiving a degree in Business Administration in 1992.
At the age of 19, Corey ran his first race for Claremont City Council.  While he did not win, he had a strong showing of 2,382 votes.  Thereafter and prior to his election to the City Council in 2005, he became actively involved in the community.  He served on the County of Los Angeles Local Suppression of Drug Abuse in Schools Advisory Committee and is Past-Chair of the City of Claremont Library Task Force, Past-President of the Friends of the Claremont Public Library, Past-Treasurer and Past-President of the Claremont Educational Foundation, and a founding member and Past-President of Active Claremont.
Corey has over ten years of experience working as a staff member with the California State Legislature where he served constituents in more than thirty communities in Southern California including parts of Los Angeles, San Bernardino, Riverside, and Orange Counties.
Councilmember Calaycay is the Chair of the L. A. County Public Library Commission.  Corey also serves as the Chair of the Pomona Valley Transit Authority Board.​  Additionally, he serves on the Foothill Transit Governing & Executive Boards,  San Gabriel Valley Mosquito & Vector Control District Board of Trustees, and Clean Power Alliance of Southern California Board of Directors. ​
View on Mobile